5 reasons to live in Dordrecht

Dordrecht, aka Dordt, is located near Rotterdam and is the oldest city in the province of South Holland. It's a city where you step back in time. But other than that, why should you choose Dordrecht as a place to live?

Dordrecht is located in the southwest of the Netherlands and is surrounded by water. Literally. In 1421, Dordrecht became an island because of the St. Elizabeth’s flood. Dikes broke and several villages were swallowed by the flood. Most of the area remained flooded, including the big area of nature close to Dordrecht: the Biesbosch.

Three rivers meet at Dordrecht: the Beneden-Merwede, the Noord, and the Oude Maas. It actually is Europe’s busiest river intersection. With all that water, it’s not surprising that the city has been known as the Venice of the Netherlands and that you can practice all kinds of water sports here. Think about wakeboarding, water skiing, or paddling on a paddling board through the city center.

Like many other cities in the Netherlands, Dordrecht’s city center is connected by canals. The beautiful harbor is dominated by the Groothoofds city gate (in Dutch Groofhoofdspoort). The houses around the harbors are all very photogenic. Perfect to wander along, but even more prettier to experience from the water. 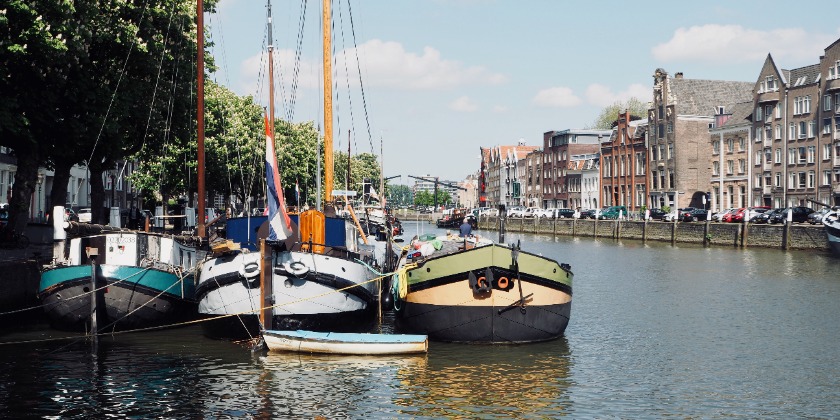 The harbor of Dordrecht is surrounded by characteristic Dutch houses.

Everything breathes history in Dordrecht. Before Dordrecht became an island, it was a rich trading city and the most important city in the country. Partly due to a large city fire, cities like Amsterdam and Rotterdam overtook Dordrecht as larger trading cities.

Because Dordrecht was once the most important city of the Netherlands and the oldest city in the province of South Holland, there are many monuments. The city center is full of old and typically Dutch warehouses, patrician houses, drawbridges, and extraordinary buildings. This contributes to the very typical Dutch atmosphere and is a delight to the eye.

Fun fact: did you know that there are streets and squares with typical Dutch names such as Botermarkt (Butter Market), Varkenmarkt (Pig Market), Kromme Elleboog (Crooked Elbow), and Aardappelmarkt (Potato Market)? 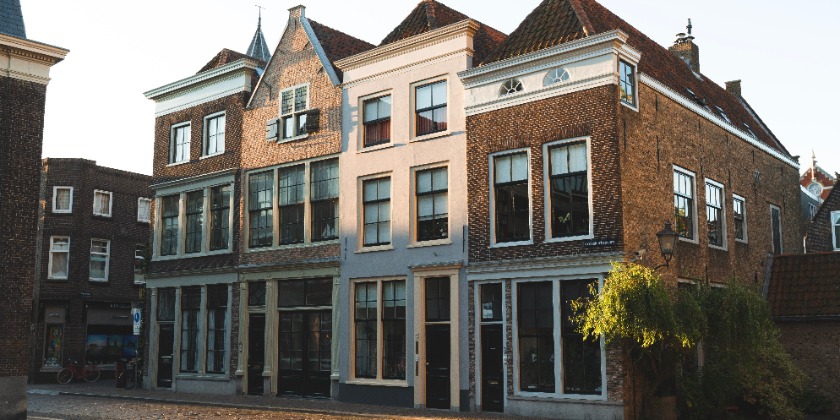 Dordrecht's city center is full of beautiful houses, all in old Dutch style with beautiful facades.

#3 Museum in the open air

Dordrecht is not only known for its buildings with beautiful old facades, there are also many colorful murals. Transformed into modern works of arts, they are gems of the city. The paintings are in harmony with their surroundings and fit in with the character of the city.

Tip: you can walk a Street Art Tour (in Dutch) of about 6 kilometers. A great way to get to know the city! 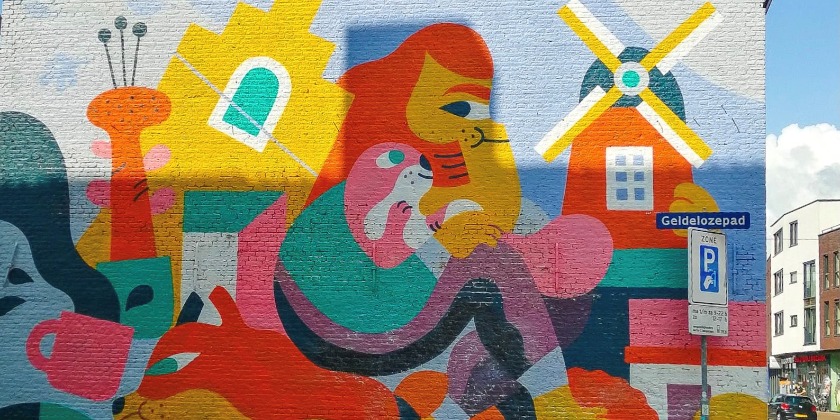 At Geldelozepad, a beautiful mural has been painted on the wall.

#4 In the heart of the Biesbosch National Park

Dordrecht is situated between Rotterdam and The Biesbosch National Park. The Biesbosch is the largest water tidal zone in Europe. In this Dutch jungle-like area, you can enjoy the nature in peace or go on an active trip. Everything is possible: go hiking, canoeing, biking, or go on an excursion. You can even spend the night in a ranger’s hut in the middle of nature or spot a sea eagle. And all that just around the corner from Dordrecht! 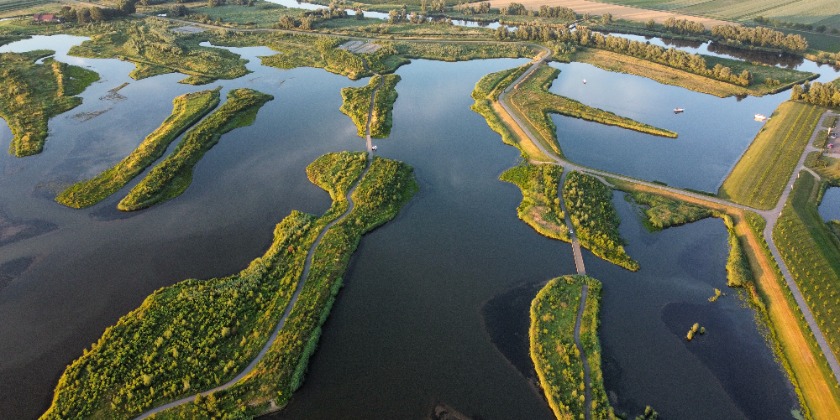 The Biesbosch is the largest water tidal zone in Europe.

#5 Not being a major city

As a small historical canal city just outside Rotterdam, Dordrecht is the perfect place to live. The city has the advantages of a larger town while not being a major city. For example, rental prices are lower than in major cities like Rotterdam.

One of the best aspects of living in a smaller city are the local businesses that can’t be found anywhere else. Especially the streets Voorstraat and Vriesestraat in Dordrecht are a Valhalla of small boutiques. In the Voorstraat are all kinds of nice coffee shops, local stores, fashionable specialty stores and traditional stores. The Vriesestraat crosses the core shopping area and is characterized by centuries-old buildings with many local stores. Here, you can find typical Dordrecht specialties and much more. 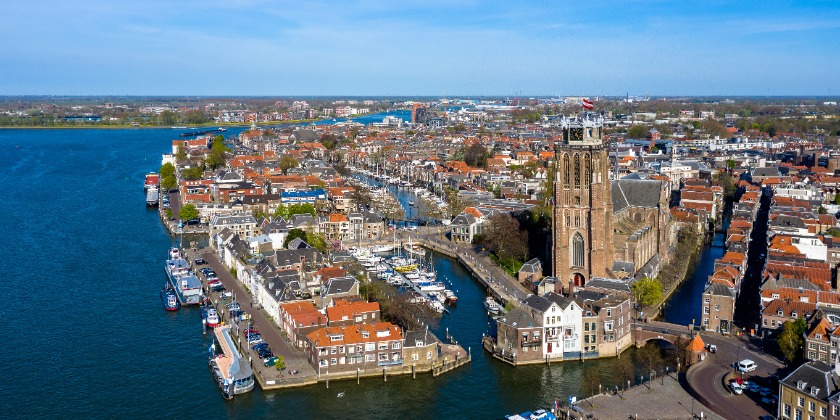 From the water, you have a wonderful view of Dordrecht, including the Grote of Onze-Lieve-Vrouwekerk which towers high above the houses.

Despite not being a major city, Dordrecht is easily accessible by car, train, bus, bicycle, and by water. Within a few minutes you are on the highway by car. Dordrecht’s historic city center is closed to vehicular traffic and the city center is very easy to bike around. Plus, it is only one hour away from Schiphol Airport.

Our residences in Dordrecht

Have we convinced you to live in Dordrecht? View our available residences in our building DEHOLLAND at Kilwijkstraat here. We’re happy to welcome you in this beautiful city!