A city with a rich history

Haarlem is one of the best cities in the Netherlands to call home. Especially its prime location, between Amsterdam and the beach, is one of the reasons why Haarlem is a popular city to rent a studio or apartment.

Haarlem’s city center is filled with historic buildings, culture, nightlife, hotspots, and great shopping streets. The large international community and buzzing cultural scene make it a city where you feel at home quickly. The surrounding area of Haarlem is packed with beauty and leisure. South-west of Haarlem, the remarkable colorful bulb fields stretch out for miles.

Oude Amsterdamsebuurt is a popular area among expats. The Auditorium is a great rental option if you would like to live well-connected to the city center, as the traveling distance to the center is only ten minutes. All apartments and studios at The Auditorium are furnished, and completely move-in-ready! View all 36 apartments and studios that are for rent in Haarlem below. A great city to quickly feel at home! 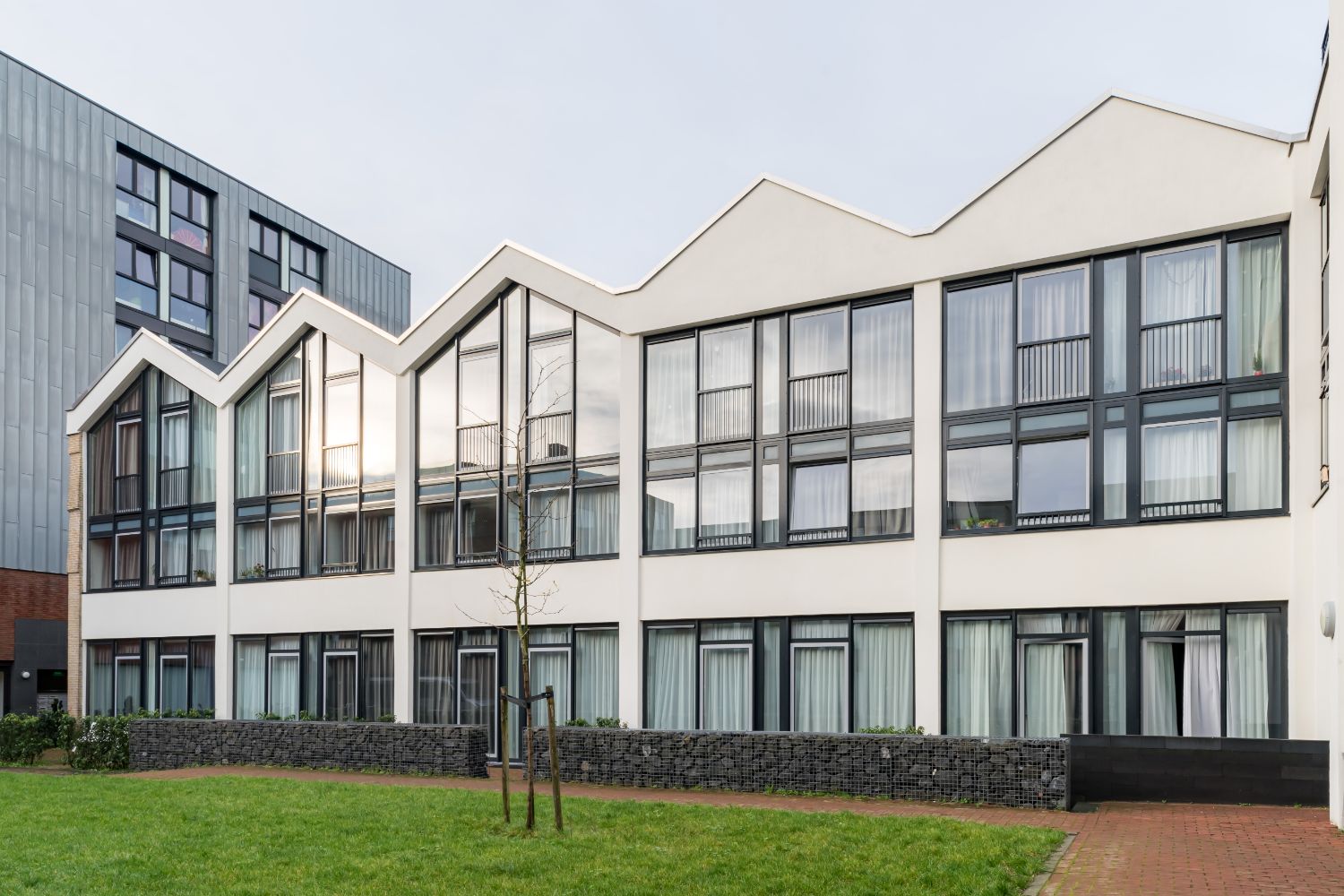 Haarlem is a prime location for residents who wants to live close to the beach and Amsterdam. The capital is only 15 minutes away by train, and Schiphol Airport can be reached within 15 minutes by car. Haarlem is accessible from all nearby cities by train, and the beaches of Zandvoort are easily reachable by bike. Imagine biking to the beach in the spring or summer sun, sounds good right?

Why live in Haarlem

Charming Haarlem is a wonderful city to live in. It's small enough to give you the cozy home feeling and big enough to make your everyday life full of fun. We share 4 reasons why you want to rent a studio or apartment in here:

Believe it or not, Haarlem is the capital of this province - contrary to Amsterdam. Haarlem is often referred to as ‘mini Amsterdam’ or is overlooked by tourists. However, Haarlem is a hidden gem that has its own uniqueness. Haarlem brings you the medieval Dutch vibe that is not so easy to find in the Netherlands nowadays. As one of the most beautiful and oldest Dutch cities, Haarlem offers a whole new world of art, culture, and landscape for visitors and residents.

Do you love discovering history and culture through museums? If that's a yes, it's a must to visit Teylers Museum and Frans Hals Museum. Teylers Museum is well-known as the oldest museum in the Netherlands which has a focus on art, natural history, and science in the 18th century. Frans Hals Museum is popular for its special concept: one museum in two locations since 1950. The museum is named after Frans Hals the Elder – a famous Dutch painter during the Golden Age, and this is where his paintings from the 17th century are displayed.

#2 Perfect location in the region

Are you studying or working in a Dutch metropolis? Then, it is just a piece of cake to travel from Haarlem. In only around 15 minutes by train, you'll reach Amsterdam. A little bit further but Den Haag, Rotterdam, or Utrecht are only within 1 hour of traveling by public transport.

Living in Haarlem means it's also convenient to have a well-spent day by the beach since there are not one, but two coastal cities nearby: Bloemendaal and Zandvoort. A ‘paradise on earth’ for beach lovers!

Who doesn't hear about the Dutch windmills when coming to the Netherlands? And in Haarlem, you should not miss Windmill De Adriaan. The windmill was burnt down in 1932 before being renovated in 2002. Going to the top of Windmill De Adriaan, you'll have the whole city of Haarlem within your eyesight!

Many people come to the Netherlands for tulips – the national flower of the country. And Haarlem is lucky to be considered the ‘Bloemenstad’, or ‘the flower city of the Netherlands’. In Spring, you will find many large bulb fields blooming in the north and south of Haarlem, including Keukenhof – the world-popular bulb field in Lisse that attracts thousands of tourists every day. Apart from that, you should also visit Flower Parade – the annual event in the Bulb Region (or Bollenstreek in Dutch). Hundreds of different colors of tulips are waiting for you to take pictures.

Did you know that Haarlem has been voted the ‘best shopping city in the Netherlands’ 3 times in total? Although Haarlem has a small city center, it's packed with a variety of clothes and jewelry stores, from small to large scale, from vintage to casual style. Be prepared for tired legs when visiting the center of Haarlem!

After a day of wandering, Haarlem knows exactly what you need. You can easily find tons of nice restaurants on the way to refill your energy. Or if you are looking for a chill café by the terrace to enjoy your weekend, Haarlem has it all.