King's Day: What do we celebrate?

Every year on the 27th of April, the Netherlands turns orange. It’s King’s Day! But what is actually being celebrated? And why do people dress up in orange while the Dutch flag is colored red-white-blue?

King’s Day marks the Dutch monarch’s birthday and is probably the biggest birthday party you will ever celebrate. Because it is an official national holiday in the Netherlands, Aruba, Curaçao, and Sint Maarten, it is a day off for most people.

Throughout the country, King’s Day is celebrated with various festivities, such as flea markets and festivals. Streets are decorated with orange and red-white-blue-colored decorations and Dutch flags are hung out with a festive orange pennant. Traditionally, the monarch makes a ceremonial visit to one or more municipalities in the country on this day. 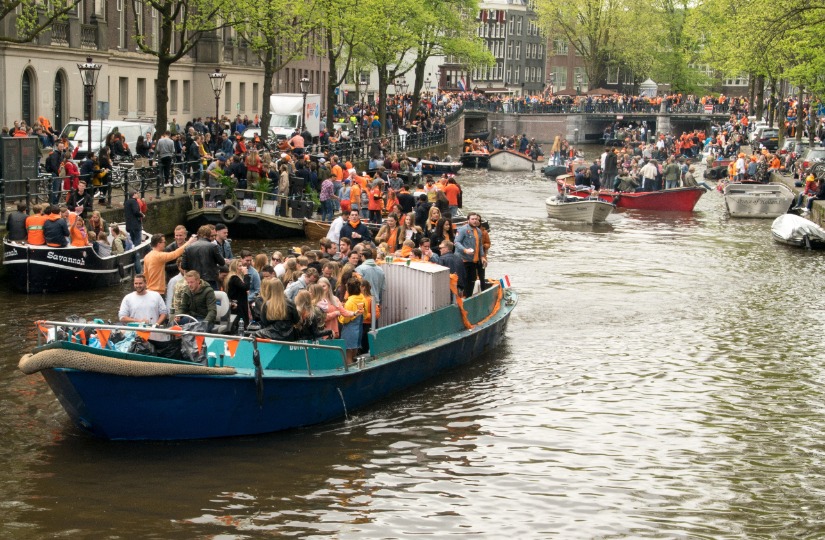 Dutch canals are a hotspot full of boats with partying people during King's Day.

King’s Day began in 1885 as Prinsessedag (Princesses Day). From Queen Wilhelmina (1891) to Queen Beatrix (2013), the day was called Queen’s Day. At the time, the holiday took place annually on April 30, the birthday of Queen Juliana, the grandmother of our current King Willem-Alexander. Since Willem-Alexander became king (2014), the day is called King’s Day and is now celebrated on his birthday: April 27. 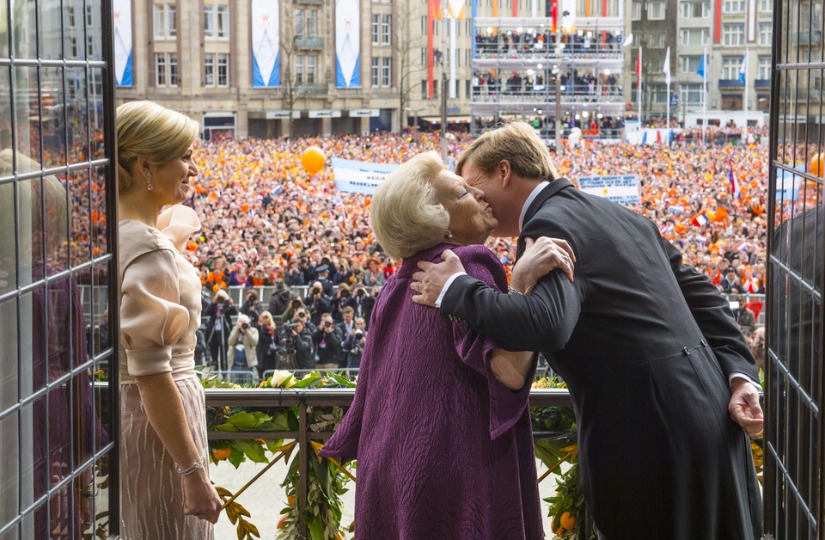 The inauguration of Willem-Alexander took place on 30 April 2013 in Amsterdam. Willem-Alexander ascended the throne immediately following the abdication of his mother Queen Beatrix earlier that day. 2013 was the last year that Queen's Day was celebrated on April 30.

How to celebrate King's Day

In the past, during the time of Queen Juliana, a parade was held every year. The entire royal family stood on the steps of Soestdijk Palace. People could then walk by in a procession and present gifts. Queen Beatrix chose to go to the people herself, rather than have them come to her.

Since then, the Royal Family visits one or two towns in the Netherlands on King's Day. The city and surrounding towns can then present themselves festively and characteristically. Most cities do this with a with a parade, music performances, and contributions from associations and organizations that are rooted in the city or region. The visit on King’s Day is always broadcast live on television by the NOS. 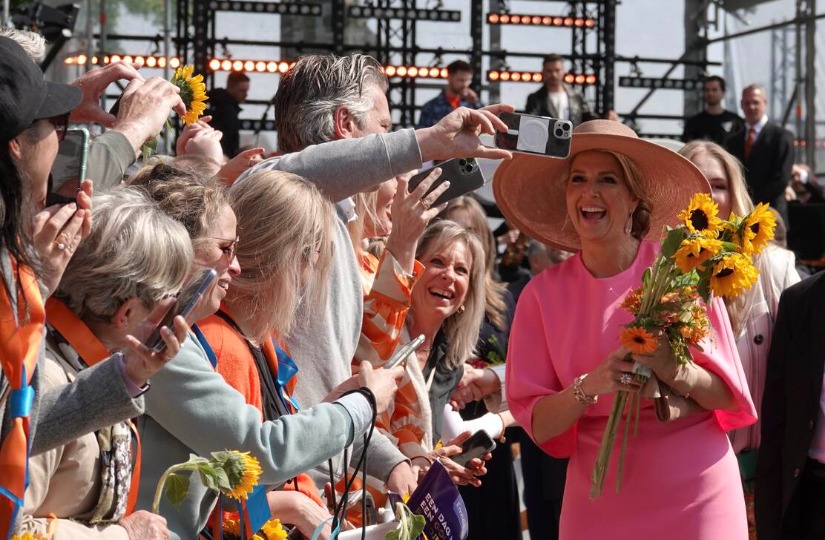 In 2022, the Royals visited Maastricht.

Why is everything orange?

If you are not covered head to toe in orange on King’s Day, you are doing something wrong. The reason why you should dress in orange is quite a story. At the origin of all the orange madness in the Netherlands lies Prince William van Oranje-Nassau. During the Eighty Years’ War, the rebels led by Willem van Oranje carried the so-called prince’s flag. This flag had a horizontal triband in the colors orange-white-blue. The blue and white colors are derived from the uniform Willem of Oranje wore and the orange color is from his name. Over the years, the orange color disappeared from the flag and was replaced by red. The Dutch could not relinquish the color orange. 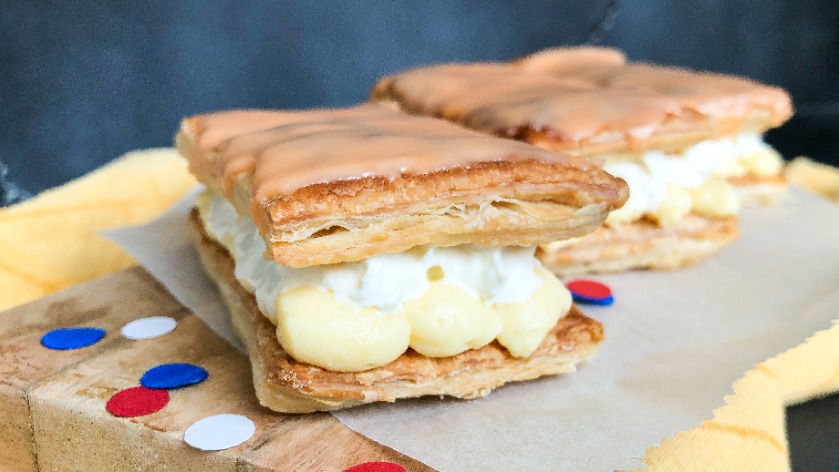 Traditional tompouces are the best when you bake them yourself!

During King's Day, numerous activities take place throughout the country. This ranges from huge open-air dance events to big flea markets and random parties in the streets. Some popular festivals are Kingsland Festival, Kingdance, and 538 Koningsdag in Breda. 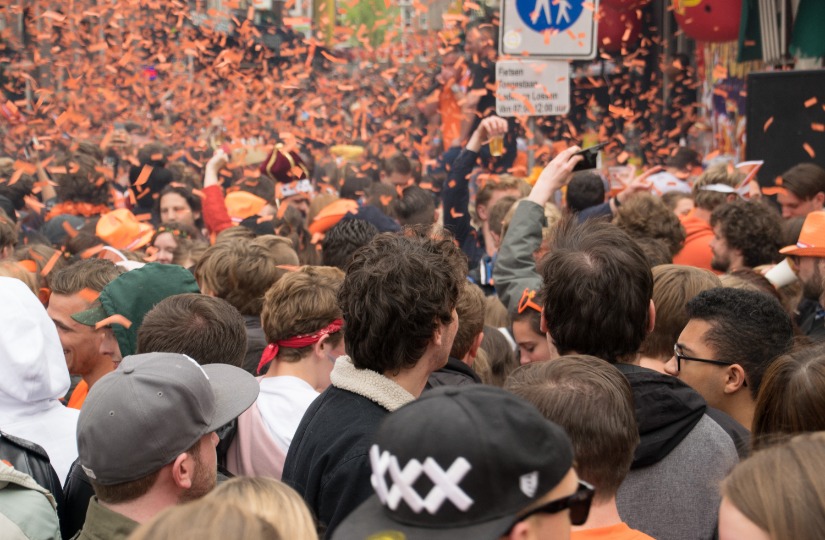 Not only canals are full of people partying. In all cities, events are being organized!

If you go to a flea market, you may well come across some old-time Dutch games. Be prepared for what is expected of you and challenge your friends!

What you need: gingerbread, some wire, and a tea towel
Cut slices of gingerbread and thread them on a wire. Hang up the wire and blindfold all players. Put your hands behind your back and bite! The first one to eat the gingerbread from the wire wins.

What you need: empty bottles, some wire, and nails
Only the name is just fantastic: shitting nails. Tie a rope with a nail attached to it around the waist of the players. Stand side by side, each over an empty bottle. The one who lowers the nail into the bottle first wins. Sounds easy right? Well, it's not ;-).

What you need: empty cans and some balls
Aka the old-fashioned version of the popular Swedish game Kubb. Stack some cans on top of each other and let all players spin around a few times. Count down and see who can knock over the most cans.

What you need: chairs and music
Chair dancing is always a success. Put the chairs in a circle and make sure there is one less chair than there are persons participating. Dance and walk around the chairs until the music suddenly stops. Get on a chair as quickly as possible. Anyone without a chair is out of the game. The last person left standing is the winner. 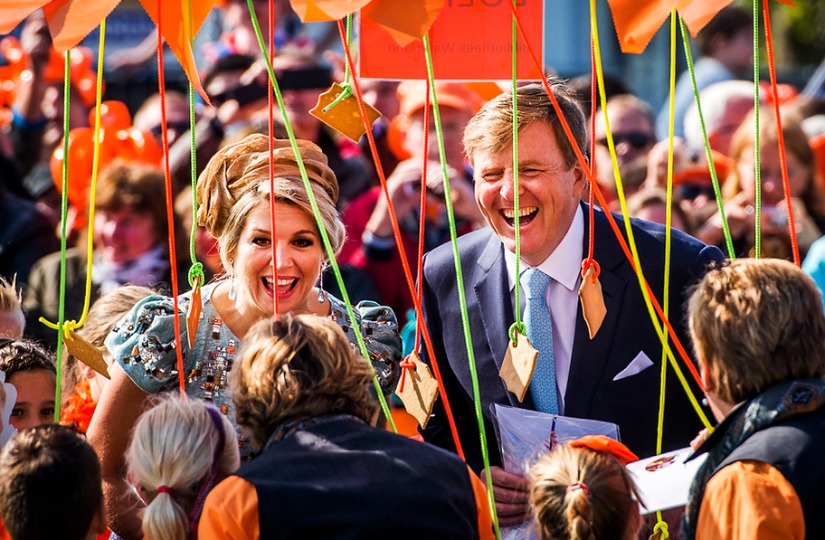 King Willem-Alexander and Queen Máxima are experts in 'koekhappen' and in playing other traditional Dutch games.

Big fan of content, in all ways. A good chance that you won’t spot her without her phone. Trained her thumb to scroll on social media and loves to write.